My first thought was to use Cain to re-route the phone’s traffic to Snapchat via a computer with ARP poisoning, then Wireshark to packet-sniff. For whatever reason, we weren’t able to make this work; while we did see some of the traffic (the non-HTTPS stuff), HTTPS wouldn’t seem to pass through my friend’s computer.

Another got to work using a different set of tools on a Linux machine to do ARP stuff, and I took a more direct route.

First, I set my phone’s proxy on WiFi to point to my machine. Then I just listened with netcat. After receiving lots of apparently unrelated requests (and the aforementioned HTTP requests1), I found that Snapchat was requesting an SSL forward:

“feelinsonice”. Snapchat are hosted on GAE!

Having confirmed confirmed that this is a worthwhile approach, I wrote a little Ruby to receive requests and start coaxing data from Snapchat. The first iteration was something like this:

To go with, I generated server.crt and server.key with CN *.appspot.com, wondering if Snapchat are checking for a valid cert or not.

Turns out they are: I was getting EOFError thrown at the last readpartial call, so presumably that was Snapchat not liking my identity.

Thankfully, the workaround wasn’t hard: make a local CA, install its certificate on the phone, re-generate the SSL certificate with that CA2, and away we go!

Next, capture the data from the phone, and establish the connection to Snapchat ourselves to complete this man-in-the-middle. We put this after reading the first block of data from the client above:

We open a regular SSL socket to Snapchat’s GAE server, forward the request from the phone, and read back what Snapchat said.

It turns out this is enough to start getting sensitive data in a form where we can attack it offline3.

Add some logging of responses to file; you’ll see a request to /ph/sync, followed by a bulk of data indicating who our friends are, and information regarding new snaps. Then, the phone will try to fetch those snaps: you’ll see requests to /ph/blob, like:

It turns out all the data required is in the URI; no funny header business. You can paste the requested URL directly into a browser and fetch the blob.

What you get is identified by the BSD file tool as data – not obviously an image, video, or whatever, nor any headers indicating encryption or compression.

First, I had a look at the size: 19,712 bytes, which is divisible by 256. This feels like too much of a coincidence; I’d be surprised by divisibility by anything above 4 or 8. My going assumption is that images are transferred in JPEG, and ~half the JPEGs I looked at on my disk have odd numbers of bytes, so I’m guessing there’s nothing frame-y about JPEG that would cause the plaintext to be in a regular block of bytes – so conclusion, it’s probably a block cipher.

Next, it was time to see if there were any obvious cryptographic errors. A repeated block in the ciphertext might give us a hint about the encryption mode.

Sure enough, a repeated 16-byte block:

So apparently a 16-byte (128-bit) block cipher, in ECB mode at that. (Not a good thing.) Seeing as there wasn’t a demonstration of a lot of intelligence this far, I started to wonder if it wasn’t just XORed, as it’d look the same.

A friend on Twitter noted that the repeated block was at the same location as JPEG files have a string of repeated bytes.

Here’s the ciphertext around the repeated 16-byte blocks:

Note that the 32 bytes are more than 2x 16-byte blocks in length: they extend well before and after the 16-byte alignment. But the ciphertext doesn’t show that at all: this rules out a plain repeating XOR, as we’d otherwise expect to see something more like this:

… assuming the 32 bytes above are exactly the number you’d expect to find anywhere, which isn’t the case; but you get the point: there’d be some, but there are none. The key and data are totally mixed, which suggests a real block cipher.

Since there aren’t really good ways to attack this directly (at least, not for me, an utter novice), it seemed much faster just look for the cipher/key/etc. in the source.

I was thinking I’d have to do some MitM of Google Play or root my Android, but it turns out Googling ‘snapchat apk download’ is enough. Hah.

The first tool I found for getting the contents and decompiling the APK was android-apktool; there are surely better tools (this gives you smali output, not Java or Java-ish), but it was easy enough to peruse, given I just wanted to know what the key was and what primitives were being used.

The code was totally unobfuscated, so it wasn’t hard to find the com.snapchat.android.api.SnapchatServer: the .smali file is a bit weird to read, but sure enough there’s:

or something. I don’t actually do Java, so maybe that’s all backwards, but the point seems pretty clear. It occurs to me I’m reading the encryption code, but while there are two keys, only ENCRYPT_KEY_2 is ever used.

So, what encryption is going on? AESEncrypt.smali reads:

Here are the keys! Is it really as simple as 128-bit AES in ECB mode?

Looks like it. Note the padding scheme; seems weird to use PKCS#5 which has apparently “only been defined for block ciphers that use 64 bit (8 byte) block size”, when the size here is 128-bit. Let’s give it a go.

JFIF! Hello! We got our man. 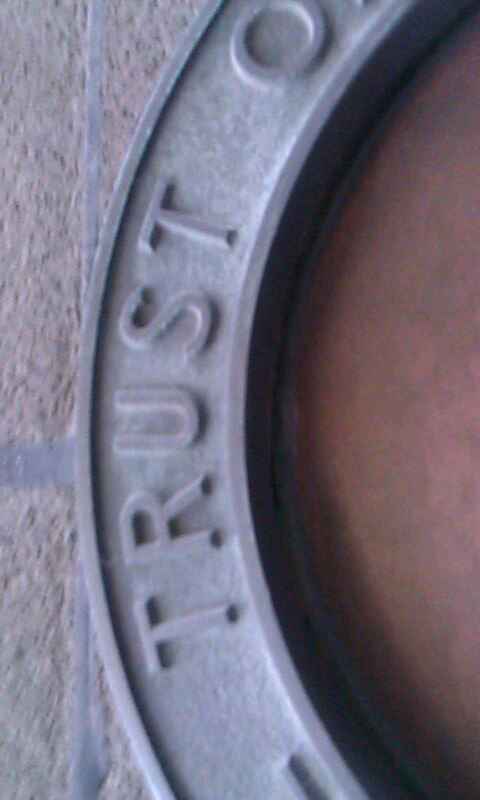 That’s as far as I got; it was at this stage that I thought of Googling the encryption key, to see if anyone else had tried this. Seems they had. Still, I’m glad it wasn’t until here that I searched.

Many thanks to the Matasano crypto challenges – some of the above came from knowledge picked up doing them.

The conclusion is that it’s easy to intercept and decrypt the data Snapchat on your phone receives; it’d be one, maybe two hours of work to turn the above code into something I could just switch on and forget about, while it happily archives every Snapchat I ever receive.

Truth be told, I can’t be bothered – it’s fun, and I don’t want to ruin the unique feeling it has by virtue of being an ephemeral medium – but don’t think it’s hard for someone who cared enough to.